Street signs were so uncommon on New York roadways that commercial signs often served as landmarks for locals and visitors alike.

During its first decades, “no one had seen New York unless he had put up at the Astor.” By the 1850s, however, the fashionable neighborhoods had moved north, and Fifth Avenue had become the place for wealthy travelers and merchants to stay. 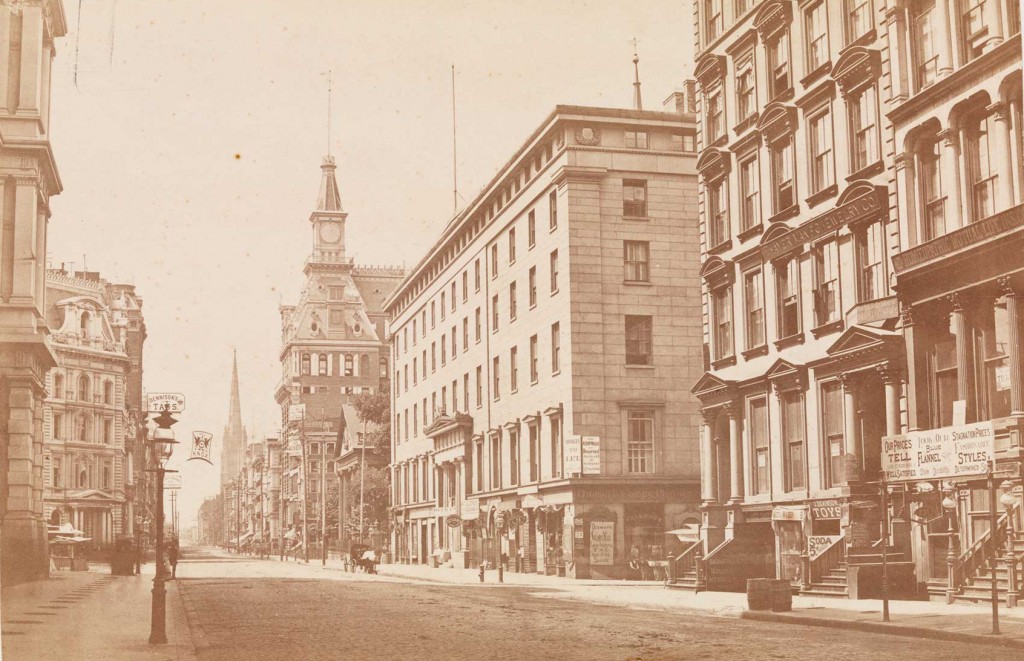 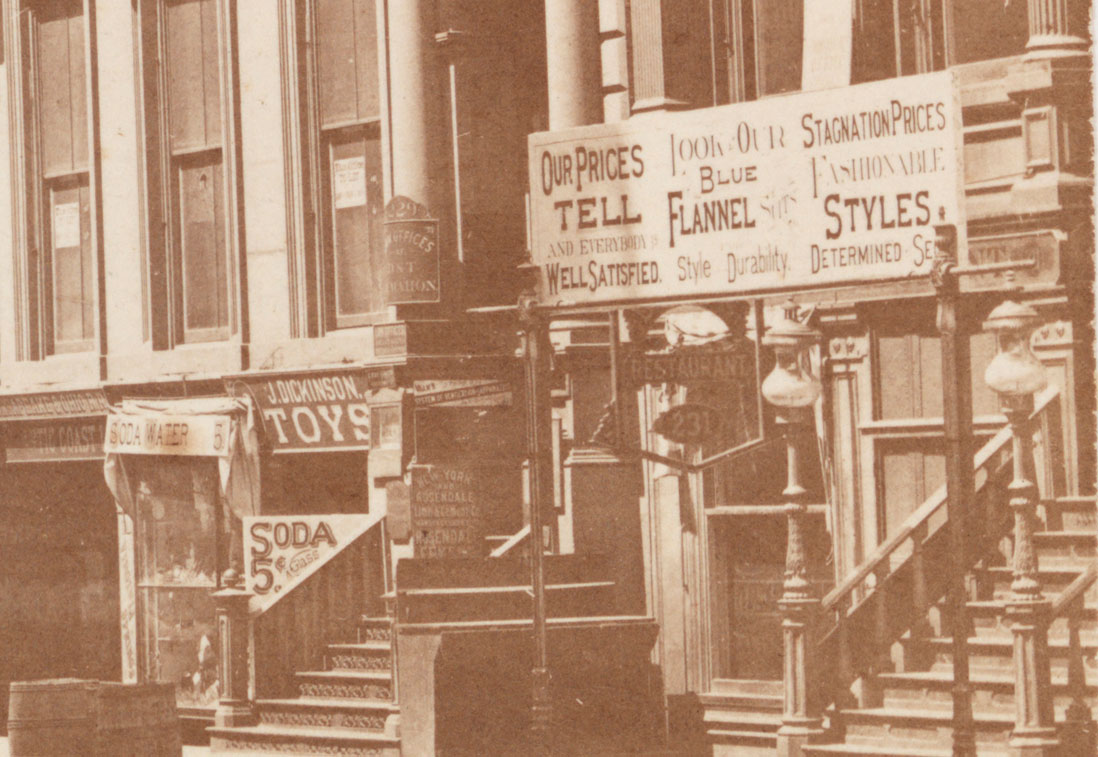 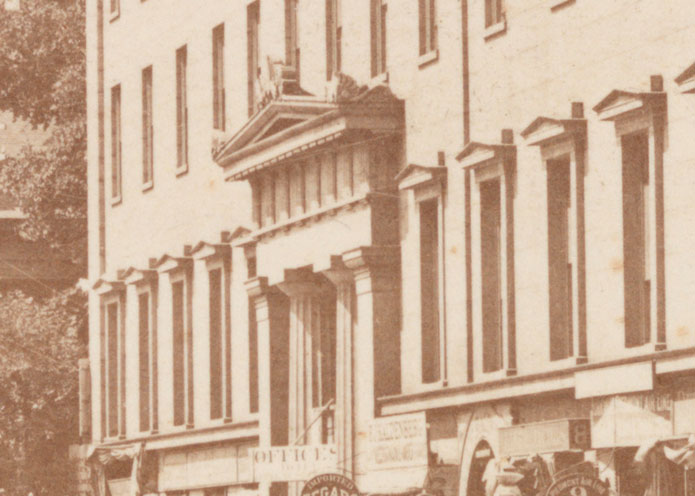