City Hall Park and the surrounding area of Broadway was a popular place to promenade. To see and be seen on this stretch of the road indicated class, wealth, and social position. Dressing well in up-to-date fashions kept those out to swindle country folk at bay.

In the morning, or at midday . . . you may take the sidewalk most shady or convenient without positive loss of character. But at grand promenade hour, wo[e] be to the unhappy wight or distressed damsel who should be seen plodding along the shilling pavement!

Barnum decorated the outside of his museum with large pictures of the animals within, along with flags, banners, and signs to attract visitors. He hired stuntmen and bad musicians to draw people to the building and entice them in, even if only to escape the tone-deaf band, according to popular lore. 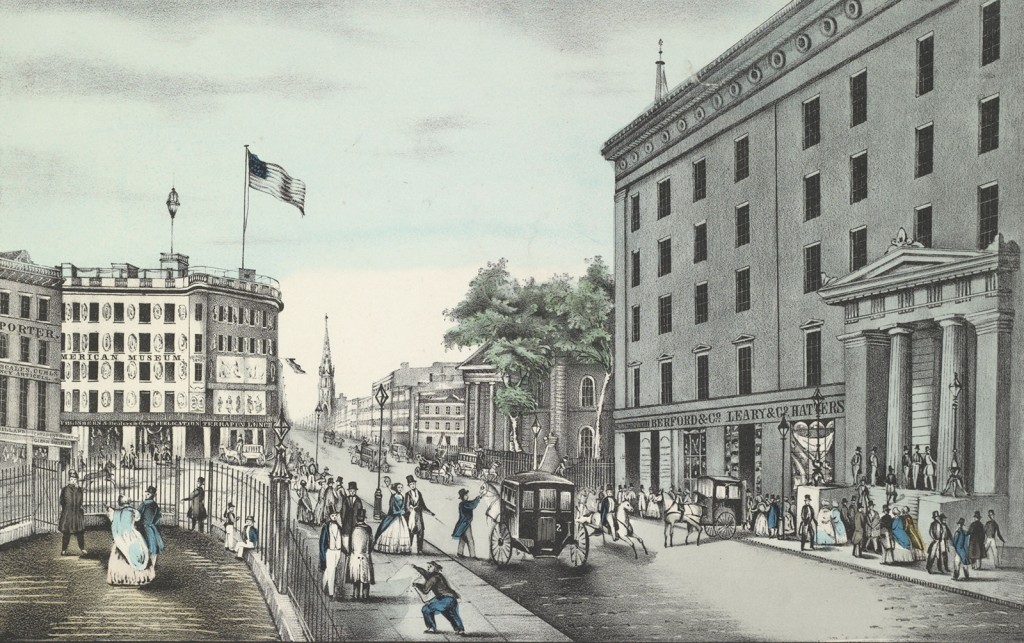 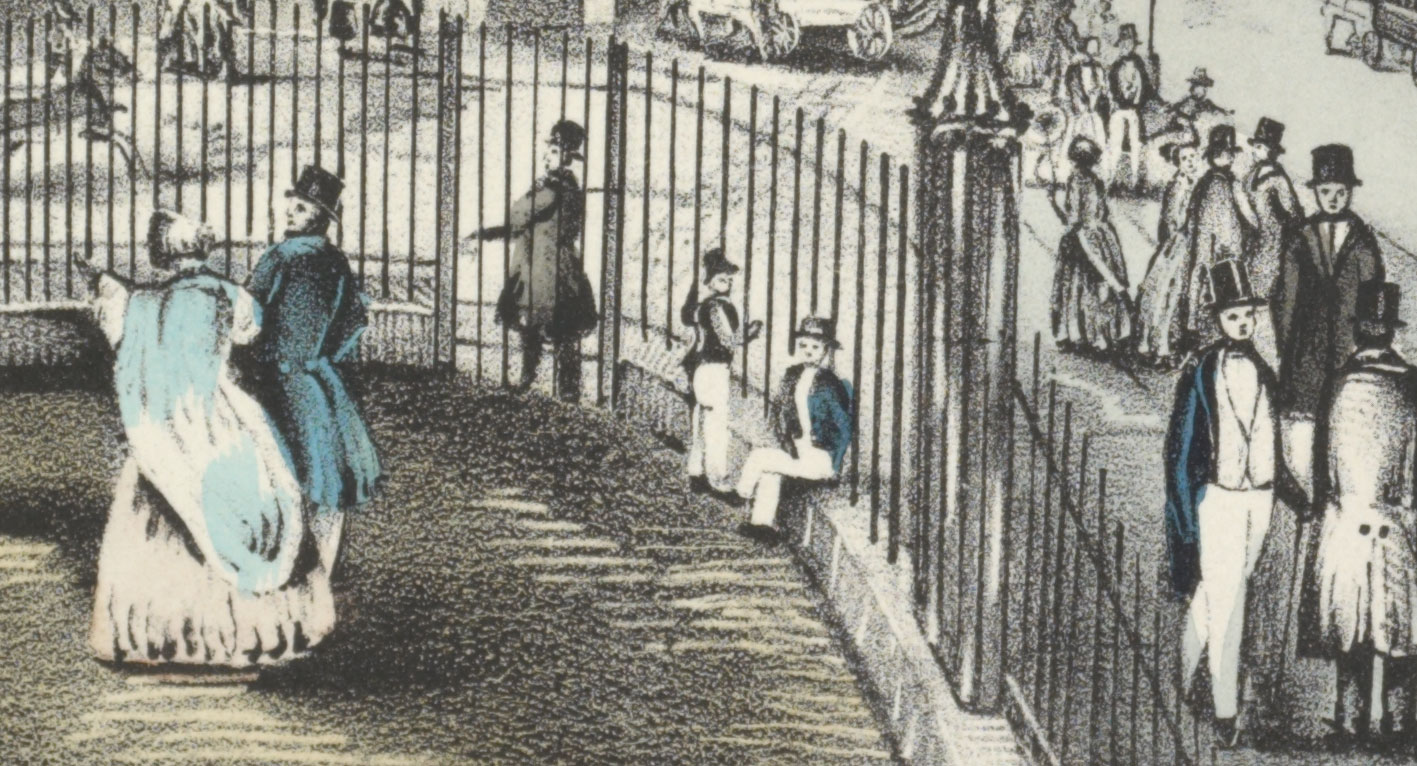 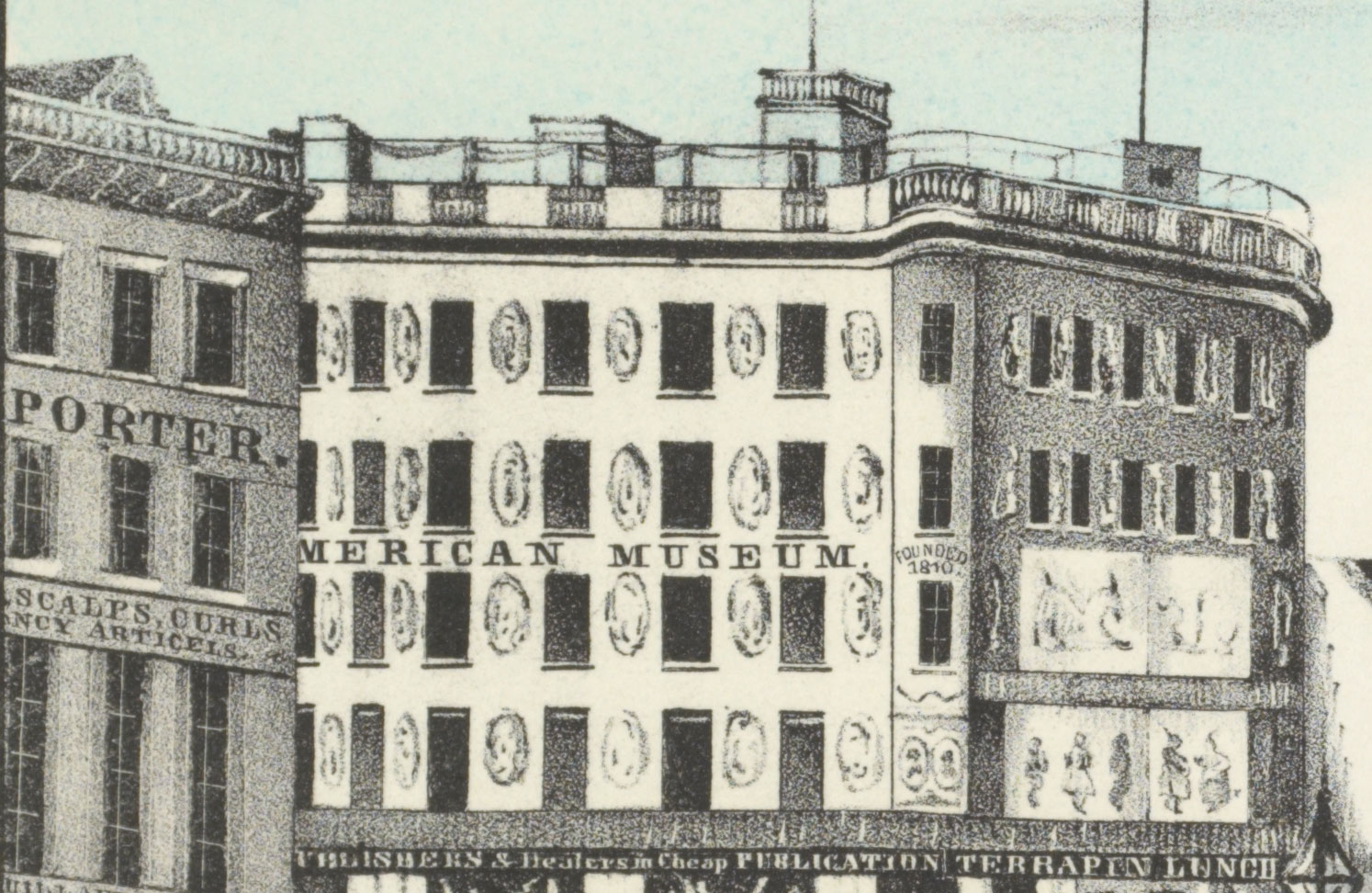