The experience of crossing Broadway at Ann or Fulton Streets was highlighted in artwork and texts as an adventurous and dangerous task:

It is always a difficult matter to cross Broadway in the busy season. Ladies, old persons, and children, find it impossible to do so without the aid of the police, whose duty it is to make a way for them through the crowds of vehicles.

– Edward Winslow Martin, The Secrets Of The Great City, 1868

Even in good weather, public transportation was both a blessing and a curse:

[T]he regular passenger should lose his sense of smell; have the capacity to shut himself up like a patent umbrella; [and] be able to hang on a platform by the lids of his eyes. 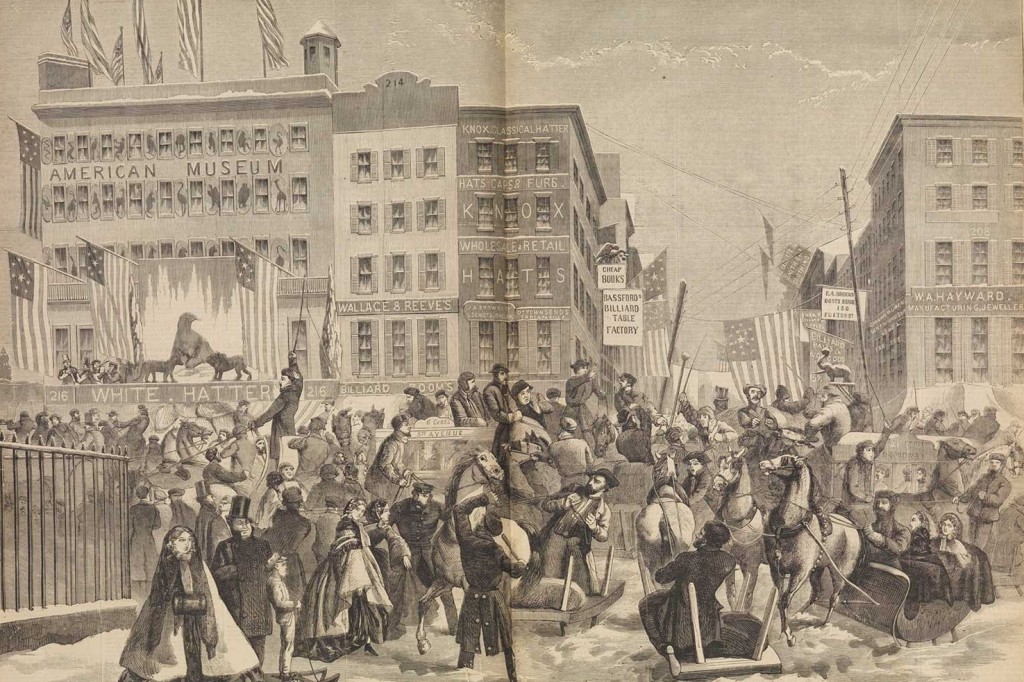 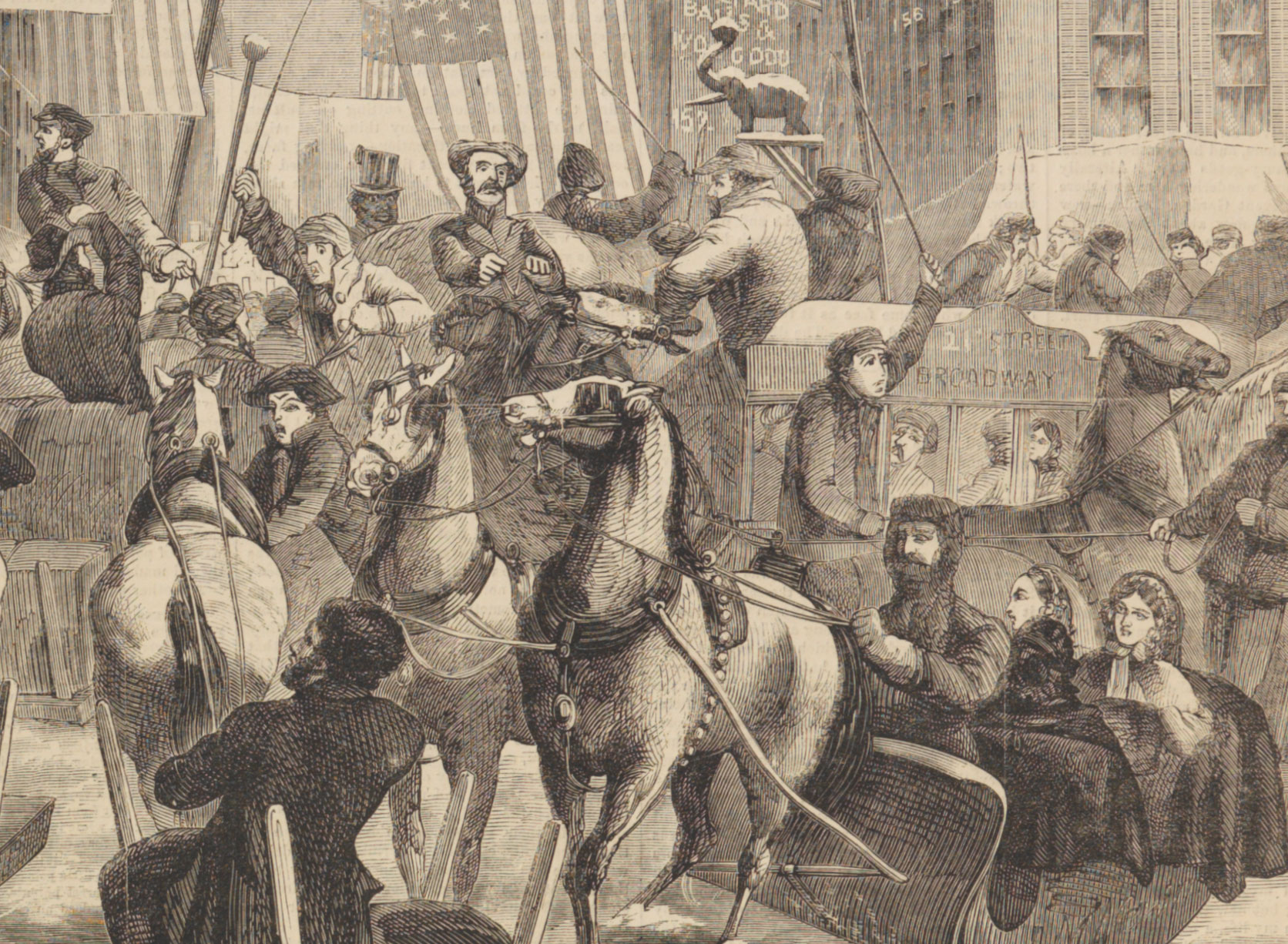 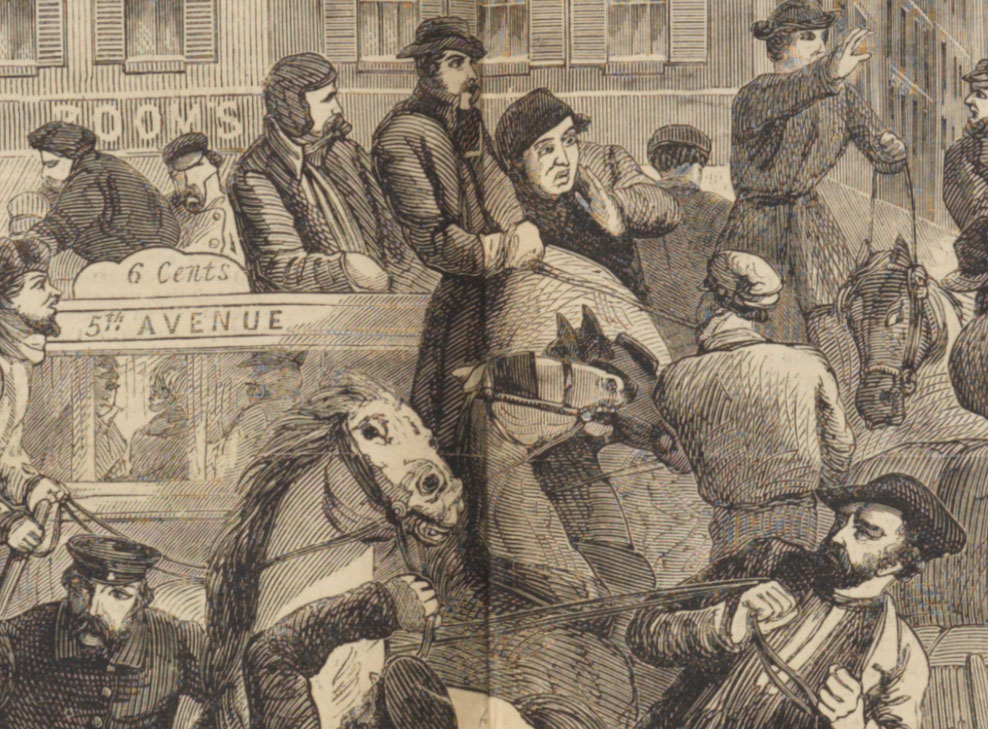