Steeple views such as the Papprill image allowed viewers to see the city laid out before them, including some of the street-level details, but with the added interest of the larger city as it stretched out into the distance, evidence of New York’s growth and prosperity.

Advertisements, signs, and periodicals attracted hordes of people to the commercial districts of Broadway. The fliers and signage depicted here attest to their longevity and ubiquity. 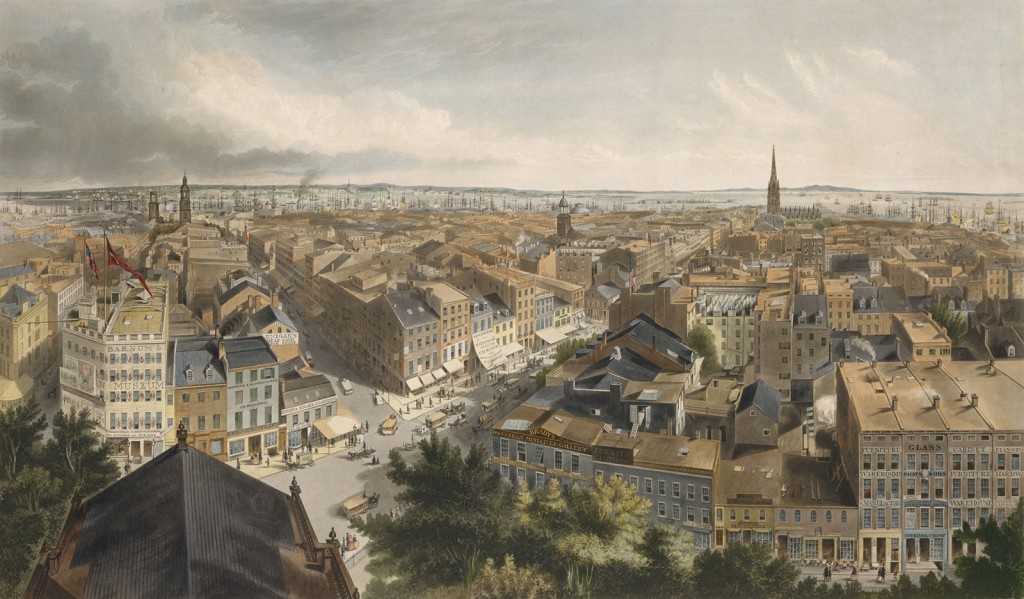 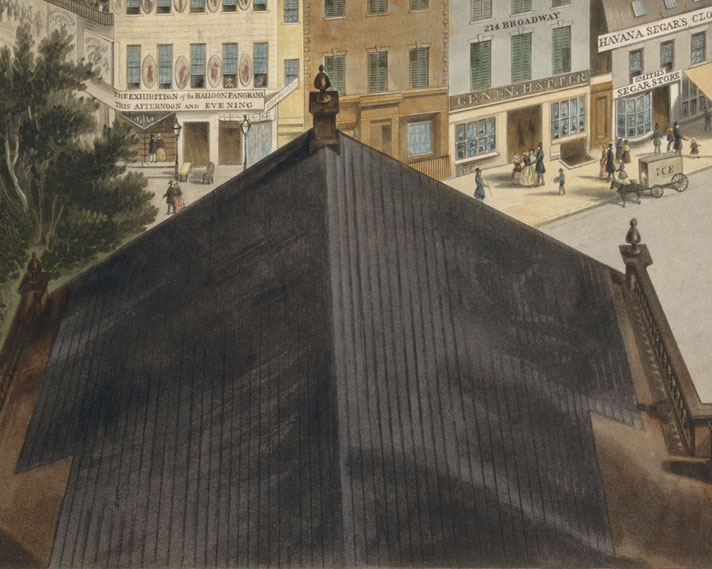 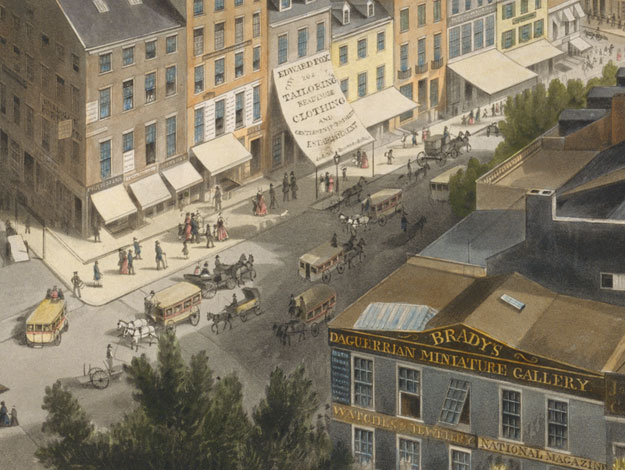