Broadway & Ann focuses on one of Broadway’s leading intersections as it changed over the course of the nineteenth century, attracting prominent institutions such as P. T. Barnum’s American Museum and the Astor House. Please pick a period to explore: 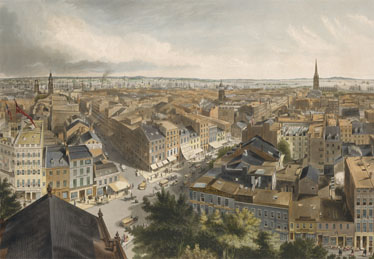 Broadway and Ann grew in significance and visibility with the opening of the Astor House in 1836 and Barnum’s American Museum in 1841.  A quiet residential neighborhood gave way to a bustling commercial nexus. 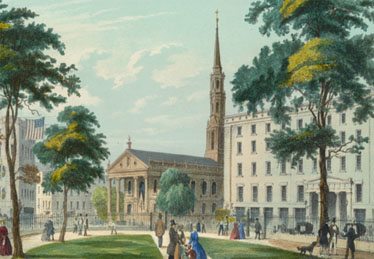 By the 1850s the area’s spectacle of the street increasingly attracted the attention of printmakers and guidebook authors.  The gridlock of pedestrians and vehicles became a favorite theme for lithographer and photographer alike. 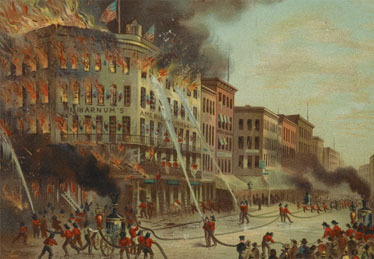 In the 1860s and 1870 Broadway and Ann’s image circulated to ever wider audiences due to popularity of everyday scenes of urban life featured in stereoviews and the woodcuts in the illustrated press.