St. Paul’s Chapel was completed in 1766 as the “chapel of ease” for Trinity Church’s uptown parishioners. New York was a bustling city by the 1830s, and the steeple of St. Paul’s Chapel offered urban denizens an easily recognizable landmark and a way to read their fast-developing city in this 1831 lithograph. The early Federal-style housing structures, like the building seen to the right of the church, would soon be replaced by more grandiose edifices, such as the Park Hotel, which was renamed the Astor House in 1836. 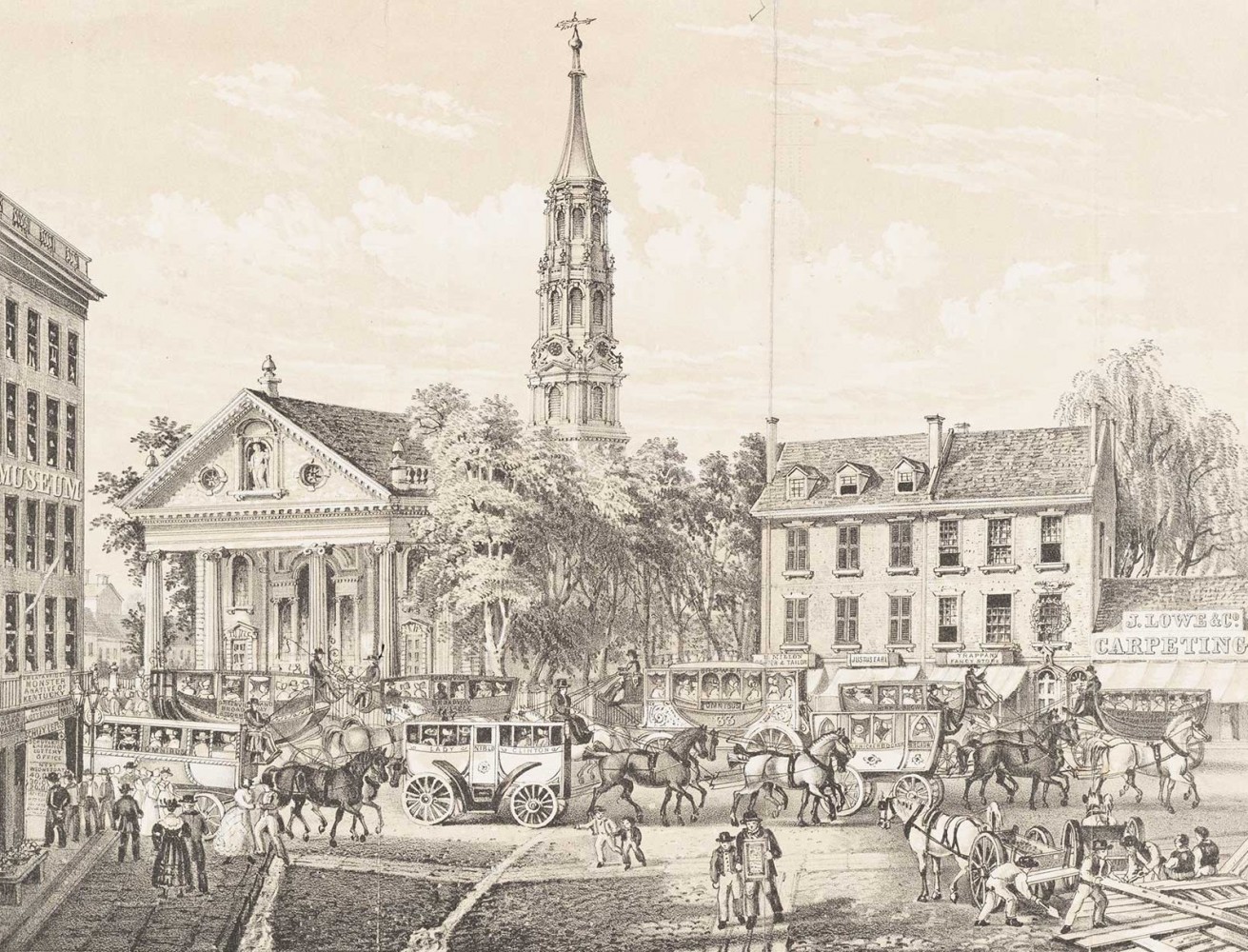