Built ‘not for a day but for all time,’ its huge front of ever-enduring granite presents a striking contrast with the frail structures of brick and mortar which surround it.
– William Bobo, Glimpses of New York City, 1852

Before Barnum took over the American Museum in 1841 and photographer Mathew Brady opened his studio down the block in 1844, plans were developed to erect the massive three-hundred–room Park Hotel. In this 1834 lithograph, pedestrians and carriages are dwarfed by the massive, gleaming white Greek-revival edifice. This ambitious design, which was constructed on a slightly smaller scale in 1836, and subsequently renamed the Astor House, served to anchor this intersection and to exemplify the grandiose scale of fashionable Broadway. 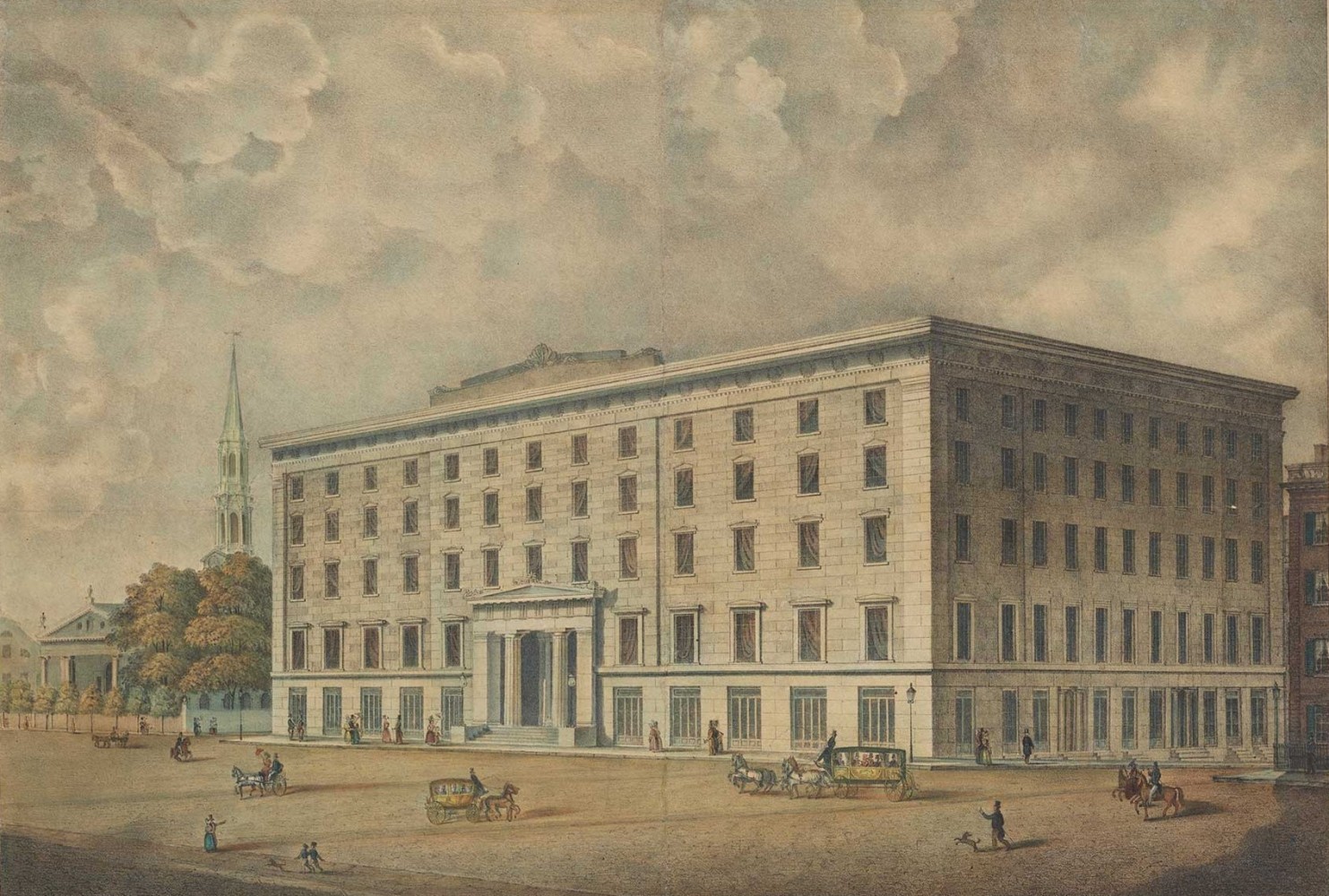