By the 1840s, the intersection of Broadway and Ann Street was an important nexus of social and cultural life in New York City. This view from City Hall Park looking south paints a distinctly cosmopolitan view of the urban streetscape. Barnum’s American Museum, at left, and the Astor House, at right, dominate the scene. Together with the steeple of Trinity Church in the background, the depiction illustrates a cohesive and bustling center with fashionable Broadway pedestrians. 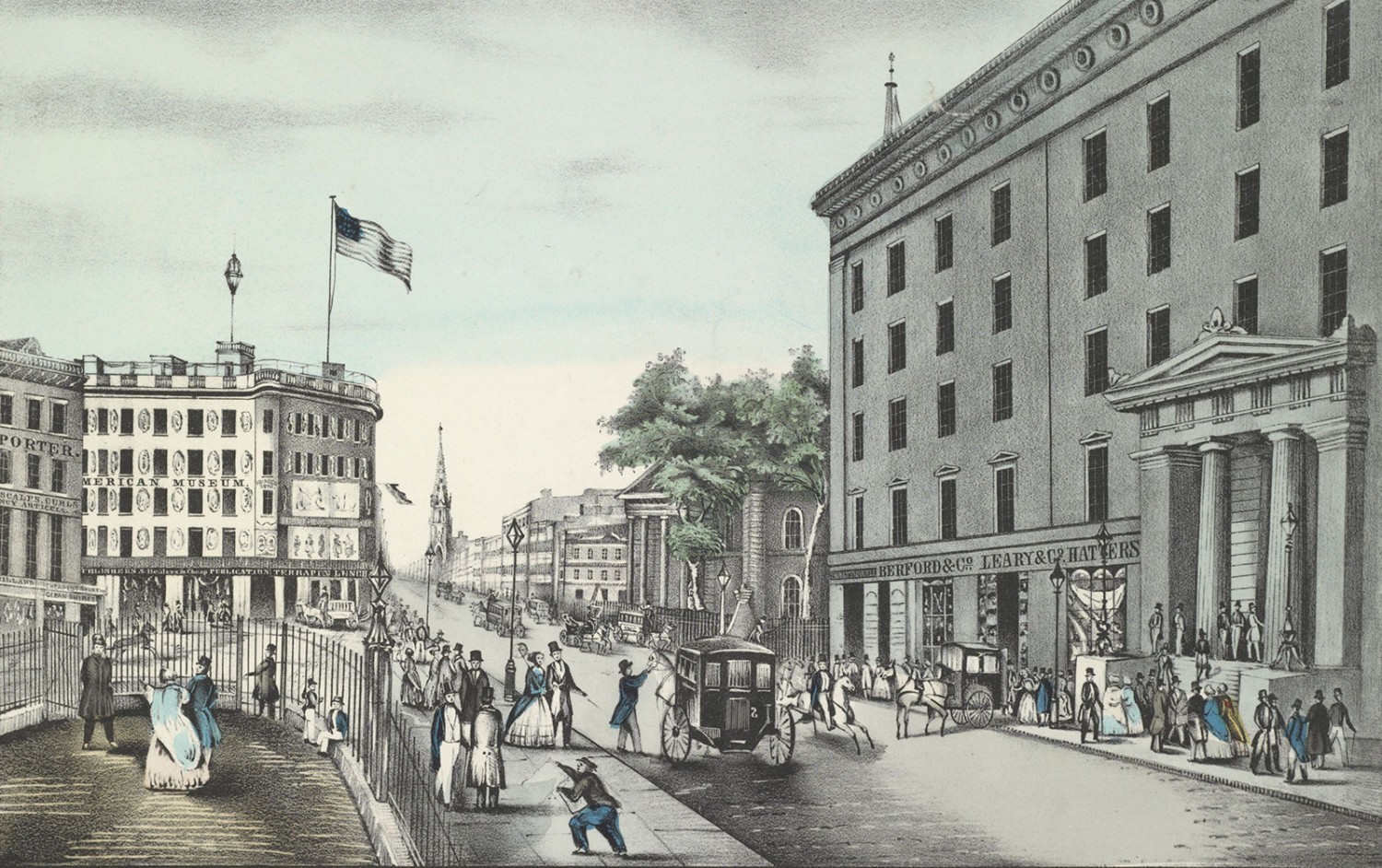