P. T. Barnum’s flamboyant outdoor events encouraged lively street gatherings such as this one, which is being mocked by the man in the foreground who covers his ears to shut out the noisy entertainment. This lithograph depicts the anticipation that accompanied the arrival of the Swedish opera singer Jenny Lind, whose first concert brought in nearly $18,000, an incredible sum in those days. As Barnum noted in his 1888 autobiography, “Miss Lind did not dream, nor did anybody else, of the unparallel enthusiasm that would greet her.” 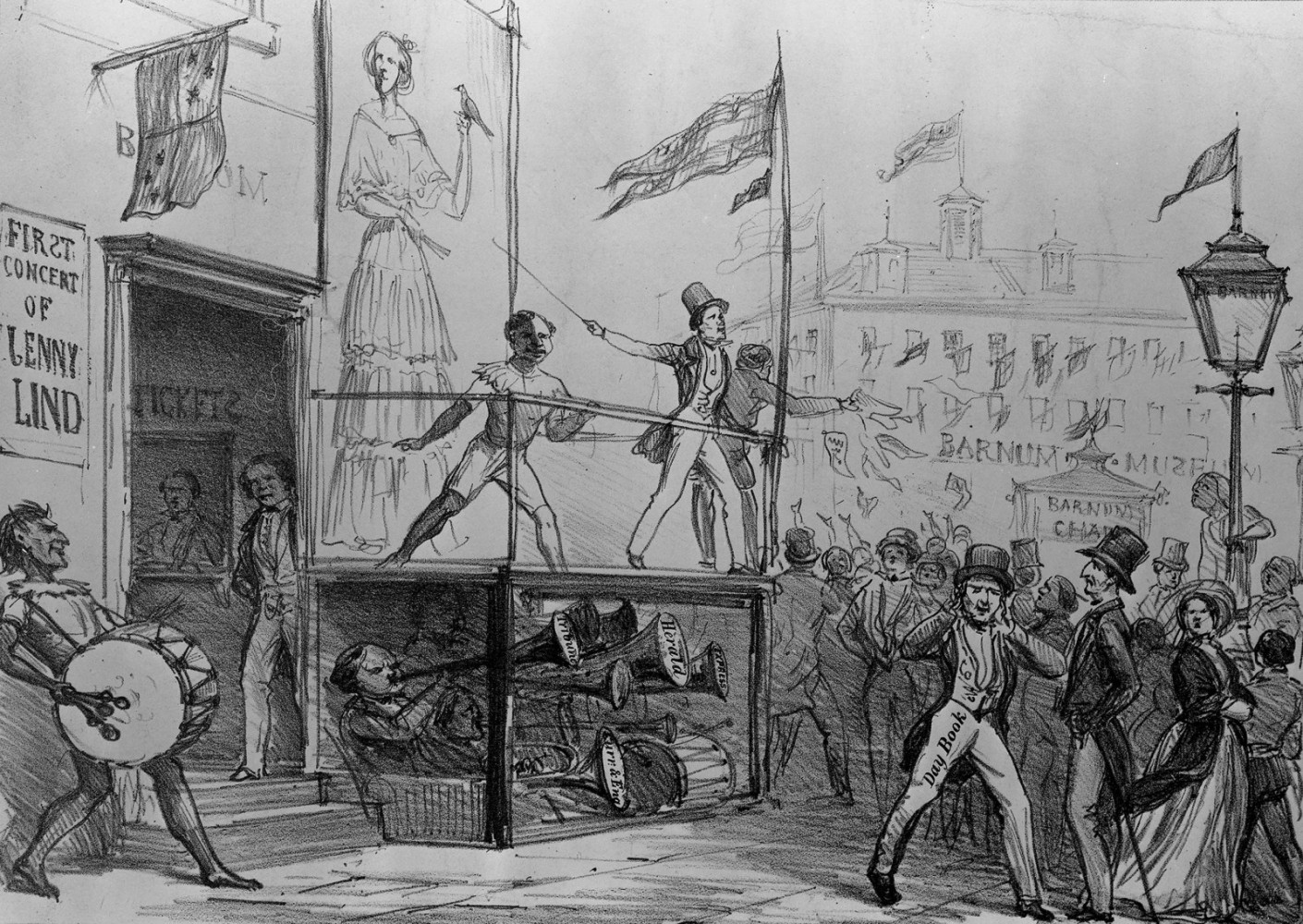 William Schaus. Panorama of Humbug, No. 1, ca. 1850. Lithograph. Courtesy of the Library of Congress Prints and Photographs Division.