Harper’s Weekly brought the chaos of Broadway and Fulton Street, which was one block south of Ann Street, to a national audience in 1860. This double-page image of the scene’s pulsating energy was reinforced in the accompanying text:

The scene…will at once be recognized by every one who has visited New York. Broadway, opposite Fulton Street, is, in its way, the most striking place in the United States. No other spot conveys so good an idea of the bustle and the stir of the great commercial city of America… 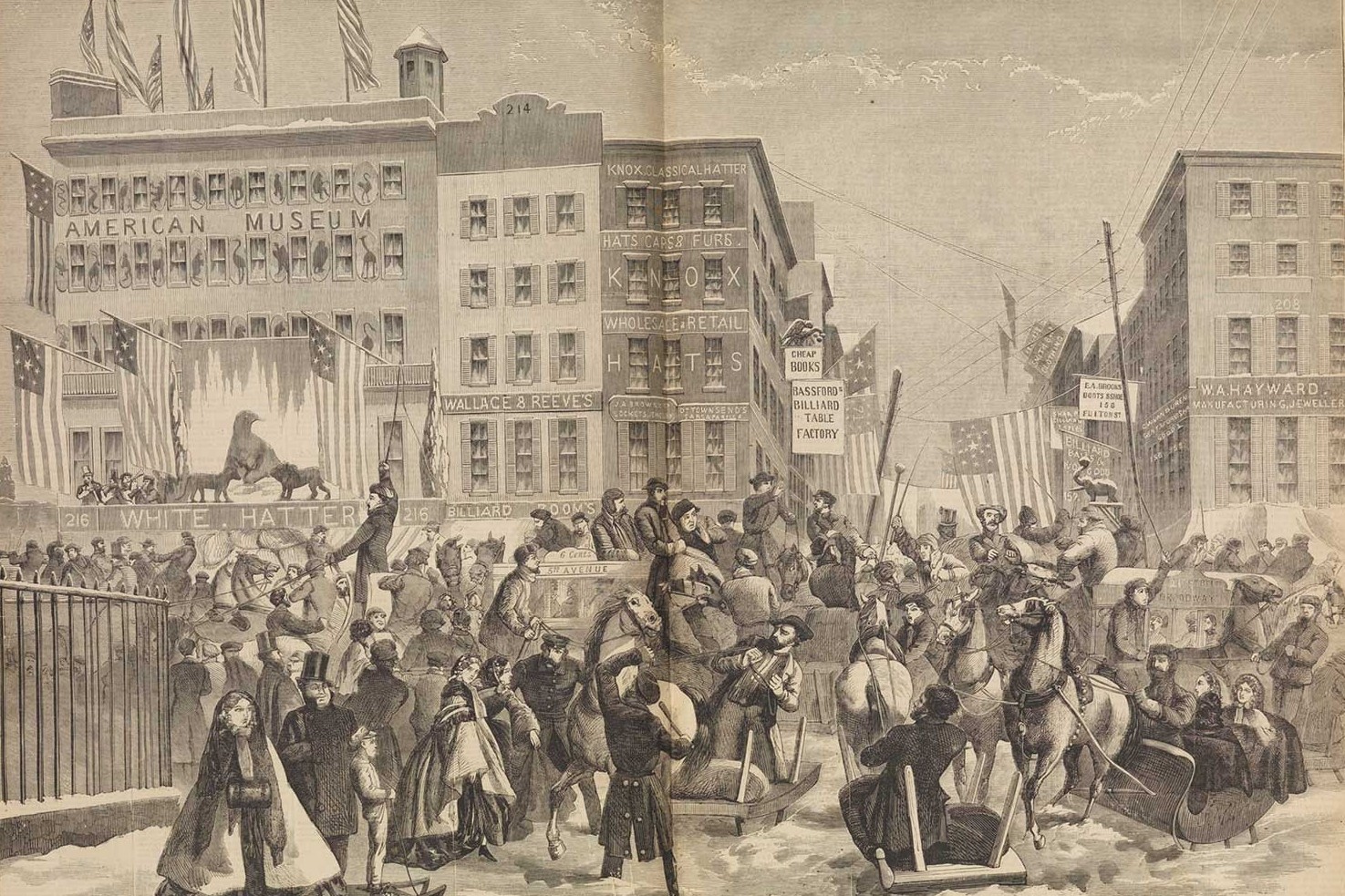