These dramatic images depict the burning of Barnum’s American Museum during the Great Fire of 1865. According to the New York Times, losses from the fire were estimated to be one million dollars. Thirty-thousand spectators gathered to see the fire and had to move around frequently to avoid the billowing heat and smoke. The Times writer even compared the whistling of the steam-driven fire engines rushing to the scene to the “shriek of an elephant.” 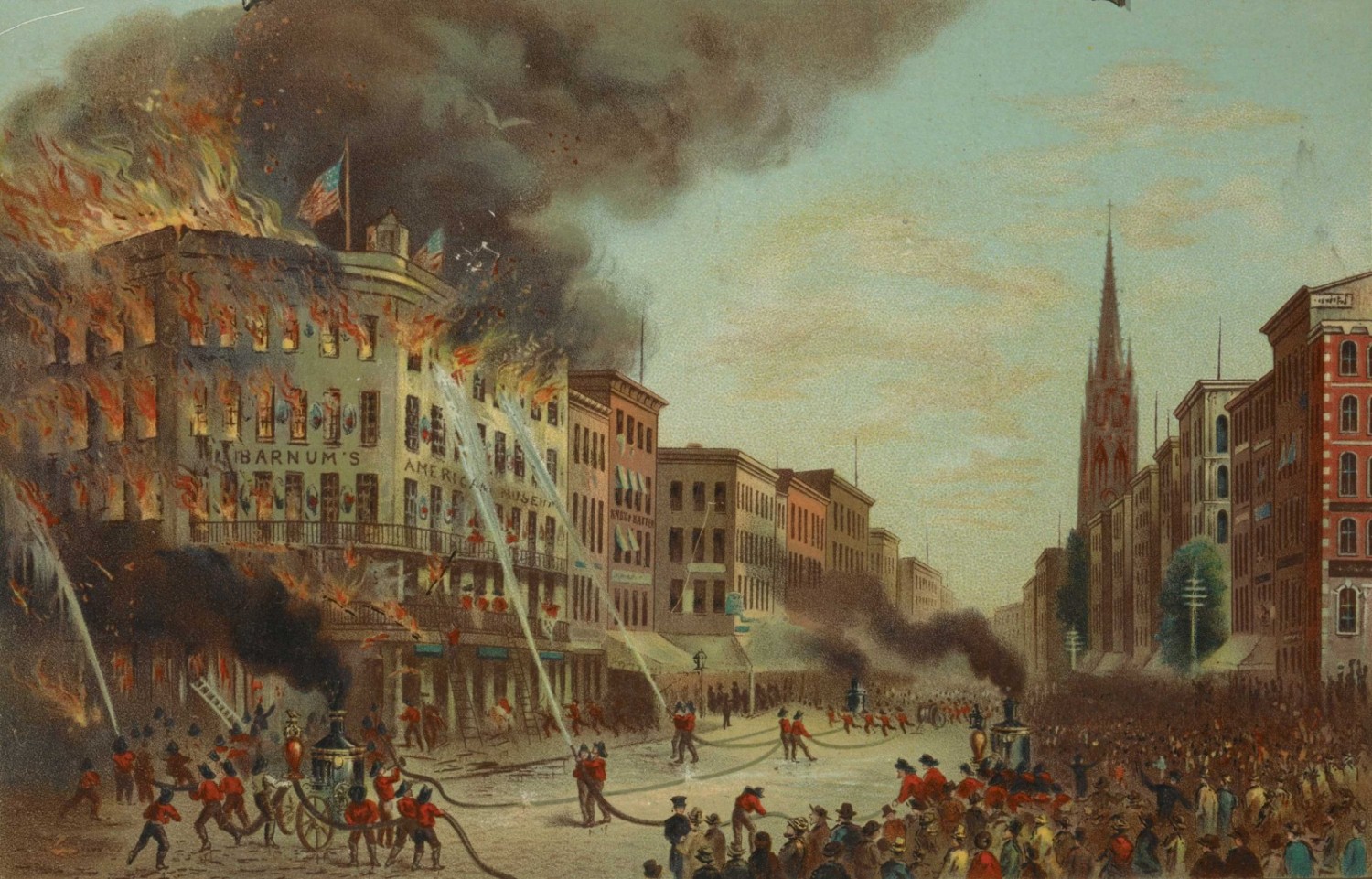