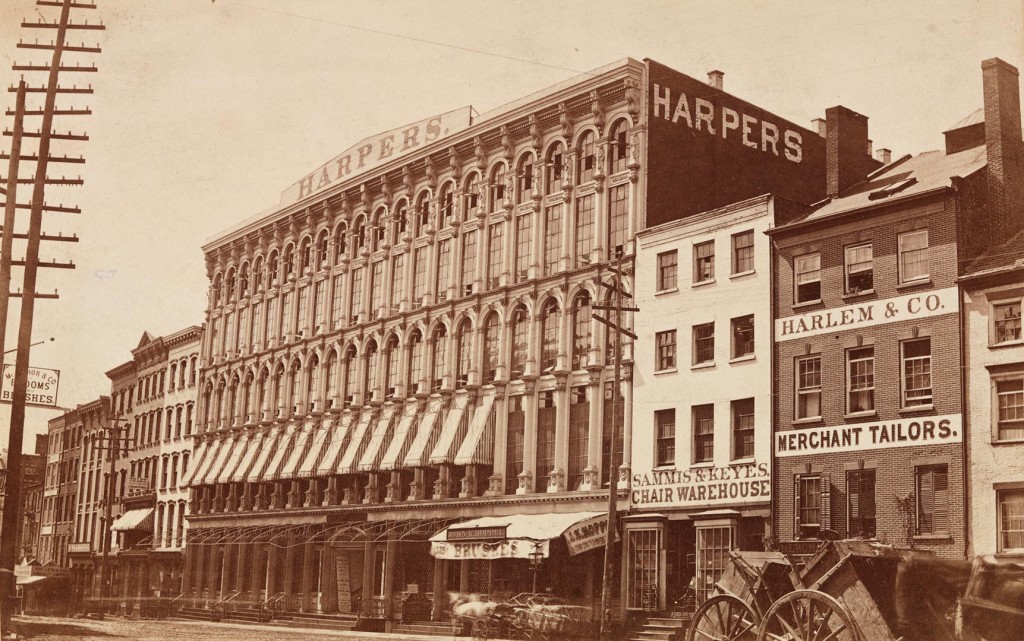 331 Pearl Street [with Harpers Building, designed by James Bogardus with John B. Corlies, 1854]

The tensile strength of cast iron ushered in a new style of building in New York, making possible numerous windows and narrow supporting elements. The façade became virtually permeable, with big, inviting display windows that seemed to dissolve the boundary between street and shop. In 1858 architect and inventor James Bogardus, whose name has become synonymous with cast-iron architecture, wrote that he wanted to emulate the “rich architectural designs of antiquity in modern times, by the aid of cast iron.” His best-known structure, the Harper & Brothers building at Franklin Square on Pearl Street, with its Italianate columns and arches, gives the impression of modernity while evoking the legitimacy of the past.