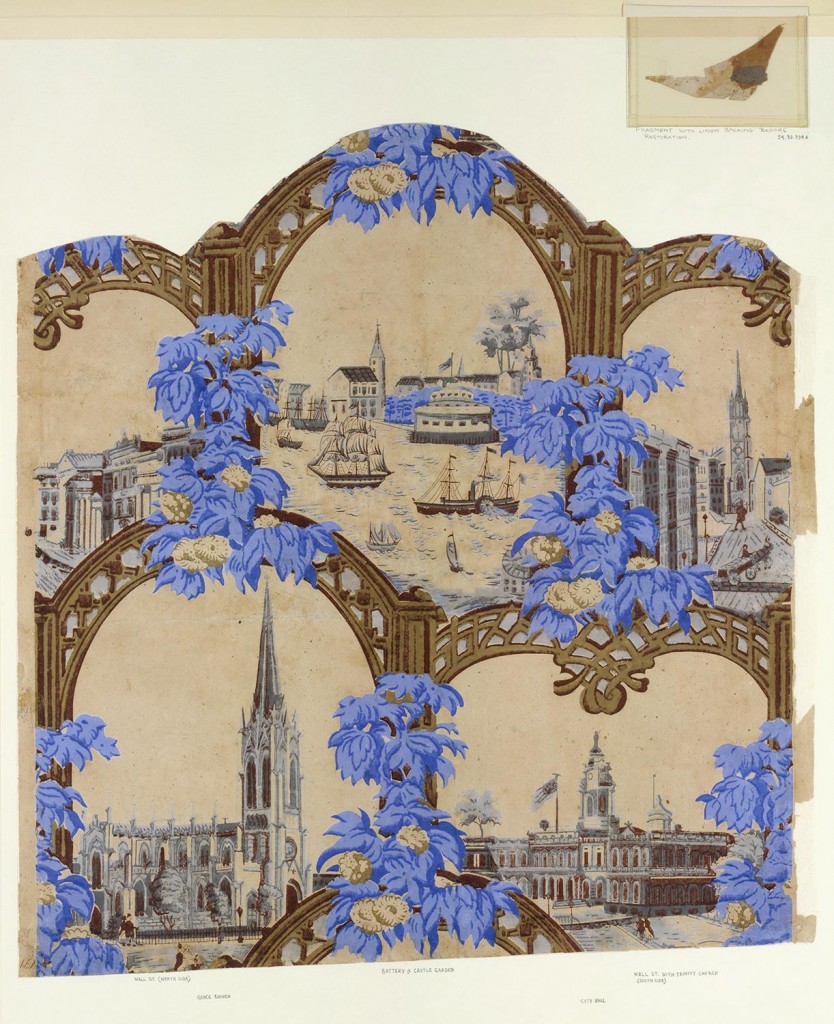 Mid-century viewers would have instantly recognized these scenes, which were reproduced from other printed forms: Wall Street, the Battery and Castle Garden, Trinity and Grace Churches, and City Hall. Ten percent of the average budget for decorating a parlor, according to Victorian tastemakers, was spent on wallpaper. A newly commercial product accessible to multiple levels of society, wallpaper served to spread good taste by putting art into even the humblest of homes.