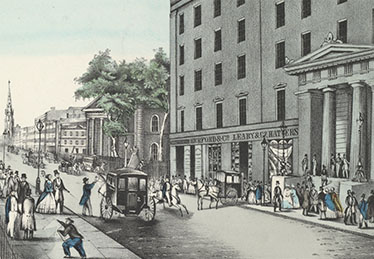 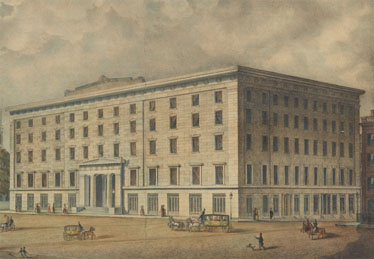 The Astor House (opened as the Park Hotel in 1836) was the most famous and luxurious hotel of its time. 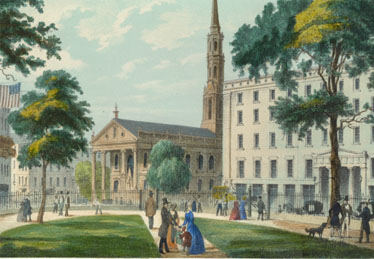 Manhattan’s oldest building in continuous use, St Paul’s was established as the “uptown” chapel of Trinity Church.