By the 1850s, the intersection of Broadway and Ann Street was the celebrated center of New York’s vibrant street life and commercial development. Although this genteel scene depicts upper-class folk promenading in high fashion, the scale and grandeur of mid-century commercial architecture is still evident in Barnum’s American Museum, St. Paul’s Chapel, and the Astor House, which frame the south end of City Hall Park. Absent from this portrait, however, is an allusion to the infamous gridlock that plagued this corner as an estimated 1,200 vehicles passed by every hour in the 1850s. 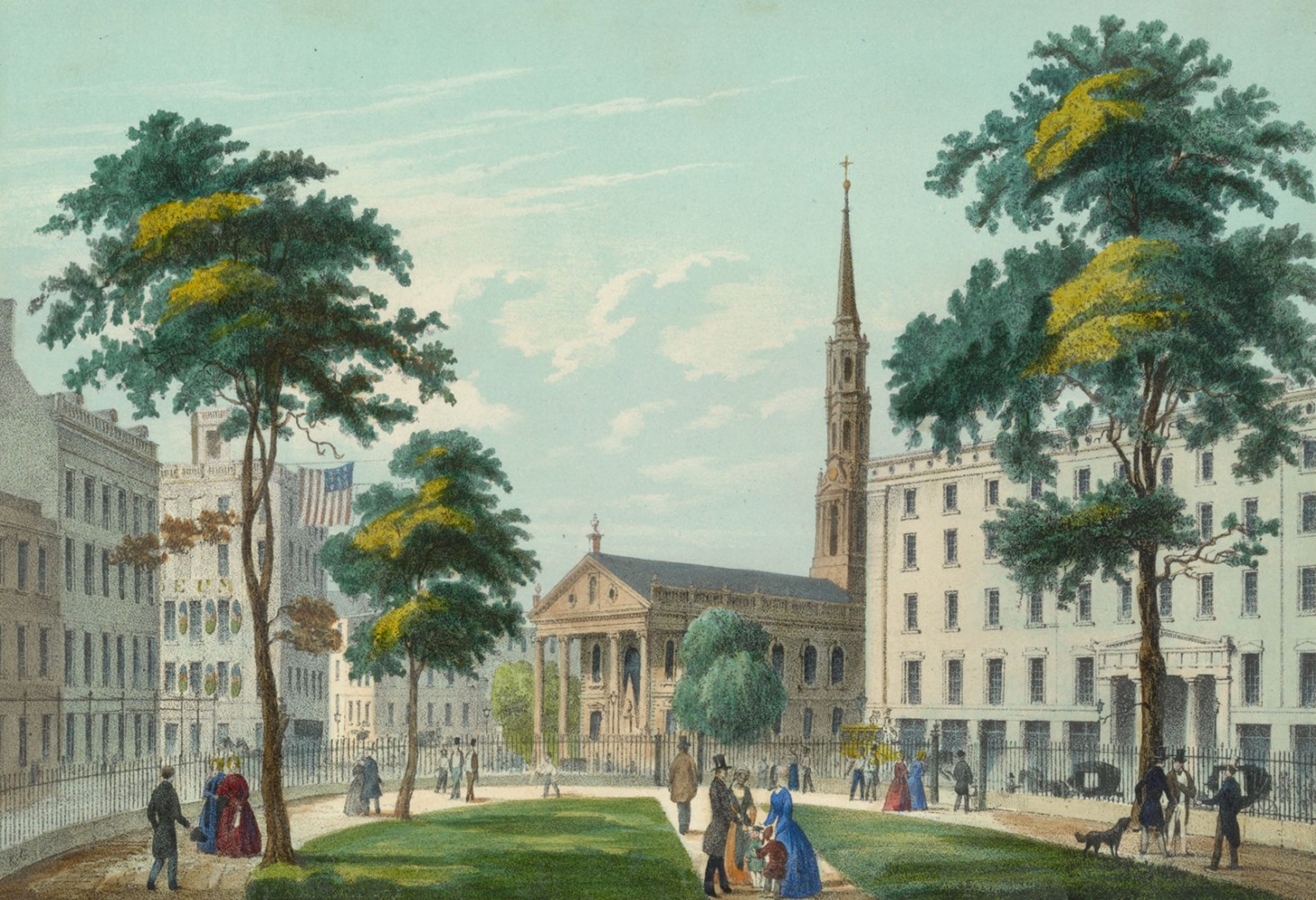