An 1849 guidebook claimed that from the Astor House, fifteen omnibuses could be seen going in each direction every minute. These conveyances, which George Foster called “our beautiful Carriage for the Million,” crowded the streets along with personal carriages, horses, carts, pedestrians, and later, horse-drawn railcars.

See what an amount of moving matter. The white tops of the omnibuses resemble the waves of the ocean—and it looks like we might walk from one end of Broadway to the other upon them, without the slightest difficulty. . . .  The throng upon the sidewalks—see what a continual press, and one would suppose that it might cease after a while; not so—the only difference is that, now and then, it increases very perceivably, but never lessens. 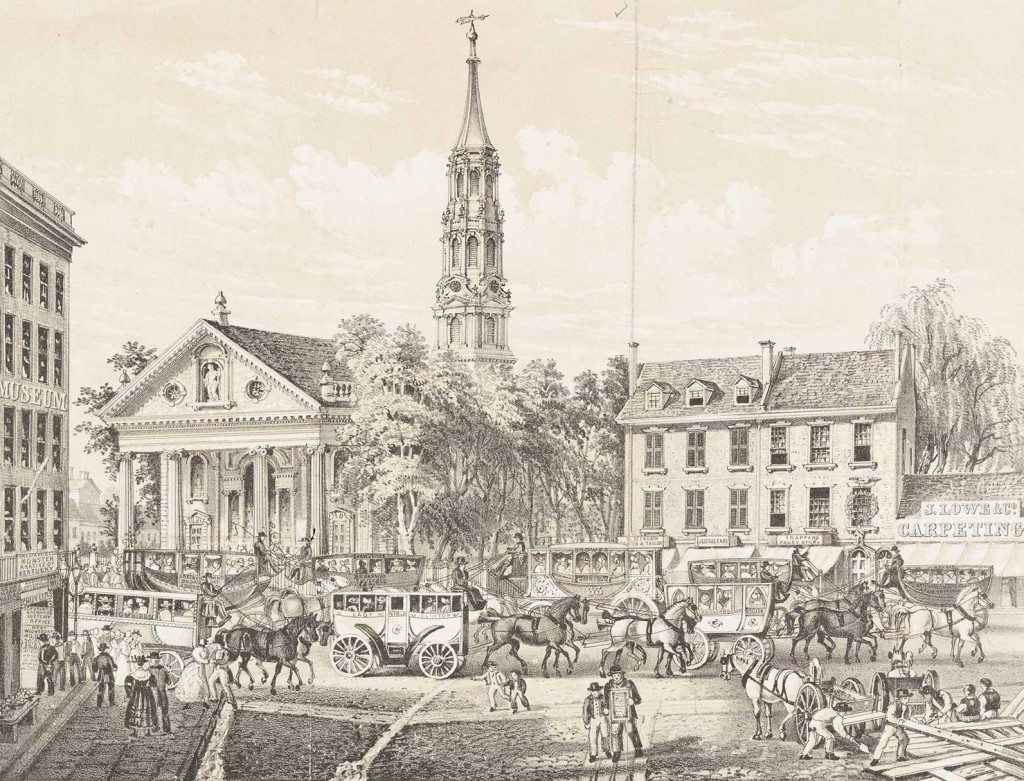 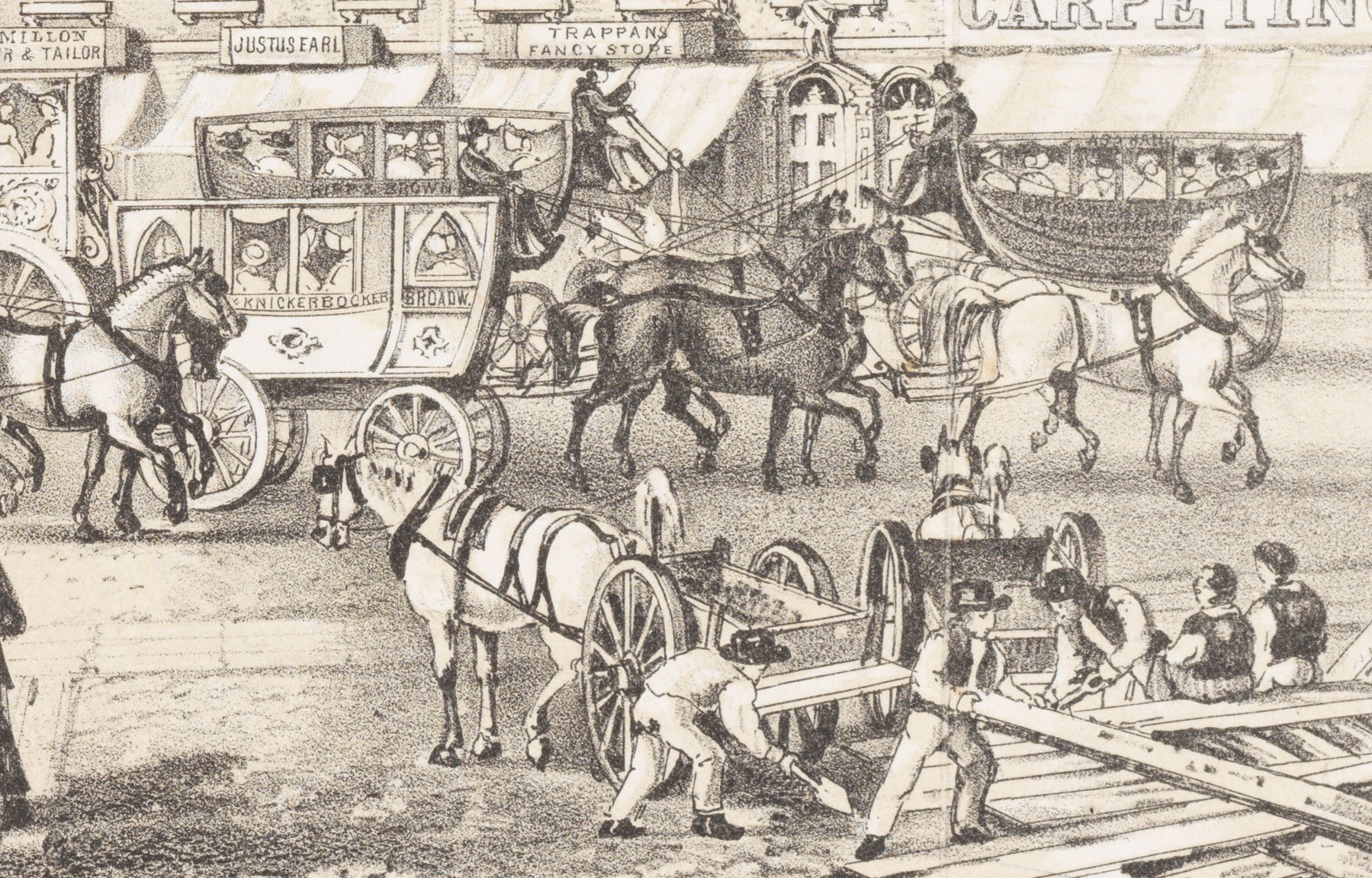 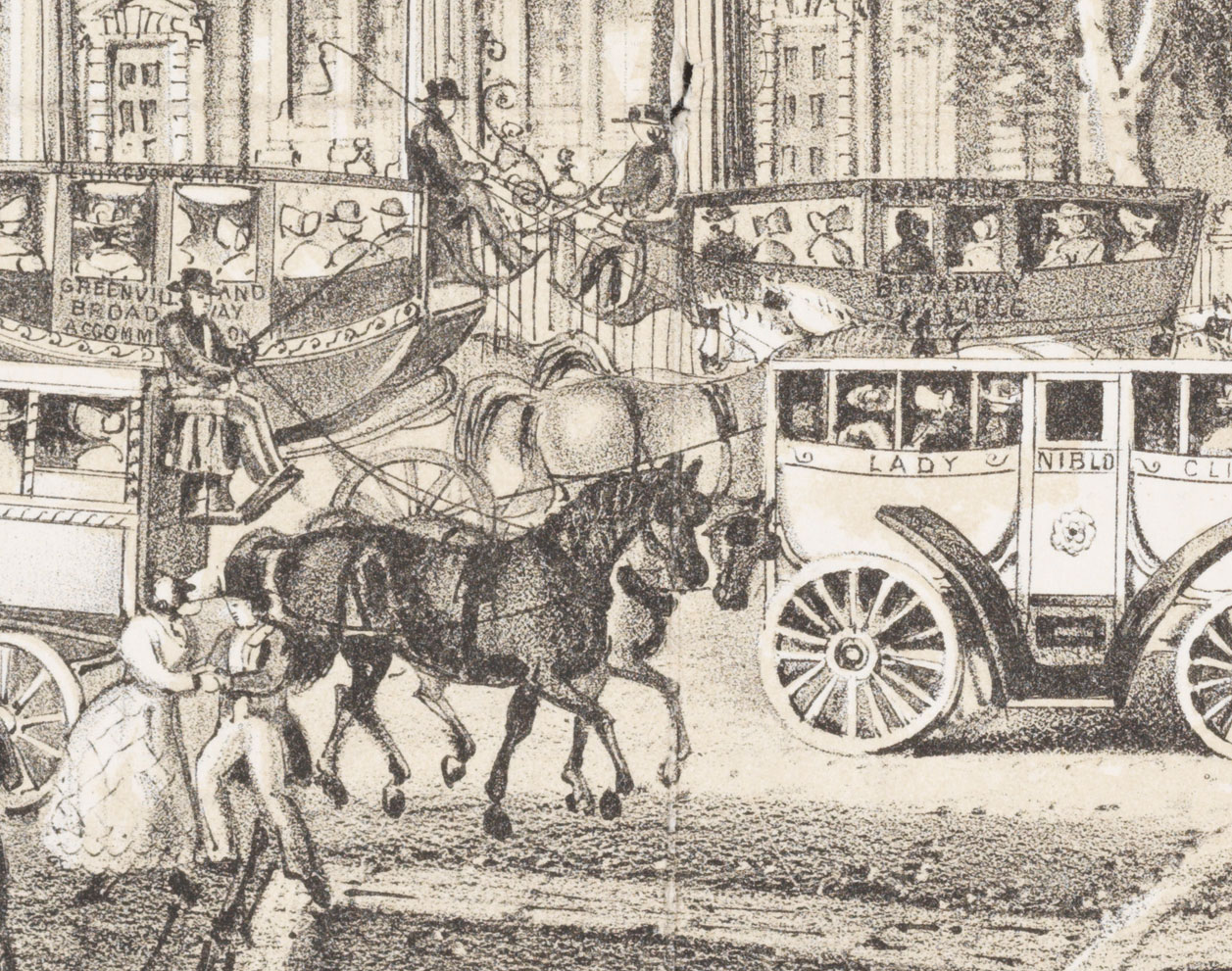