It has become quite difficult to cross this street, and whenever attempted it is at the peril of your life or limbs.
– William Bobo, Glimpses of New York, 1852

This comical street-level view of the spectacle of gridlock at the corner of Broadway and Ann Street depicts horses and carriages moving dramatically over uneven snow, putting the pedestrians at risk. While attempting to cross this intersection, visitors often got separated from their parties, and their cries added to the chaotic shouts of the omnibus drivers and policemen. Musicians sometimes played on the balcony of Barnum’s American Museum, which overlooked this intersection and added another layer to the cacophony. 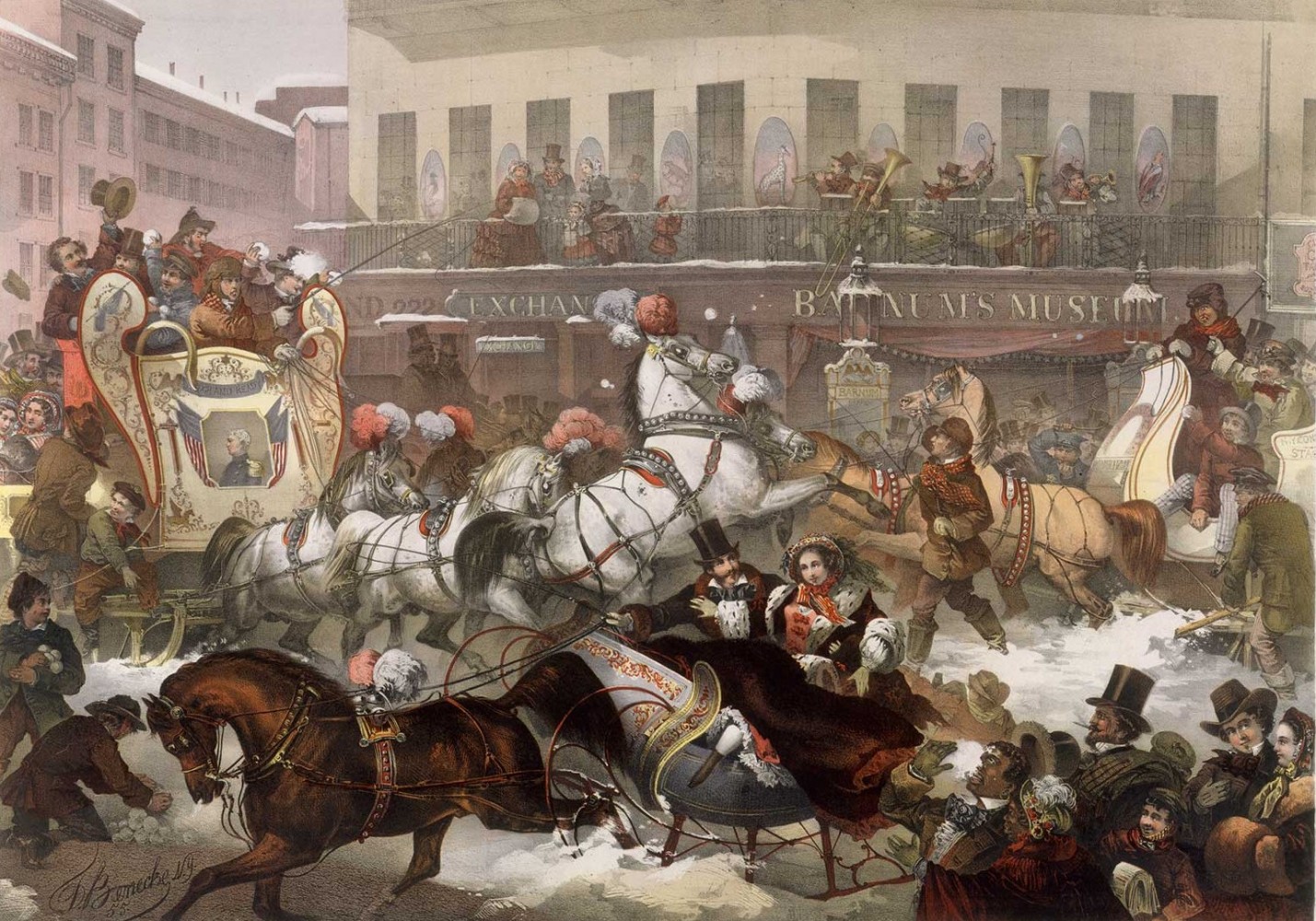