This lithograph places St. Paul’s Chapel at the center of the frame, allowing the viewer to focus on the genteel and fashionable family groups occupying the City Hall Park intersection, perhaps on a Sunday morning. By 1850 Barnum’s American Museum and popular entertainment ruled this part of the Broadway, but this image harkens back to earlier years when the church represented the height of fashion.

The City never appears so well or so contented as on Sunday, which is the whitest day in the seven. It is the waking from the restoring sleep after the long delirium, the return to consciousness after the muttering fever.  . . . The fierce storm of Broadway has lulled. No body of desperate pedestrians are charging upon the Astor House or St. Paul’s or endeavoring to surround the City Hall Park, and cut it off from the main army marching to Whitehall. 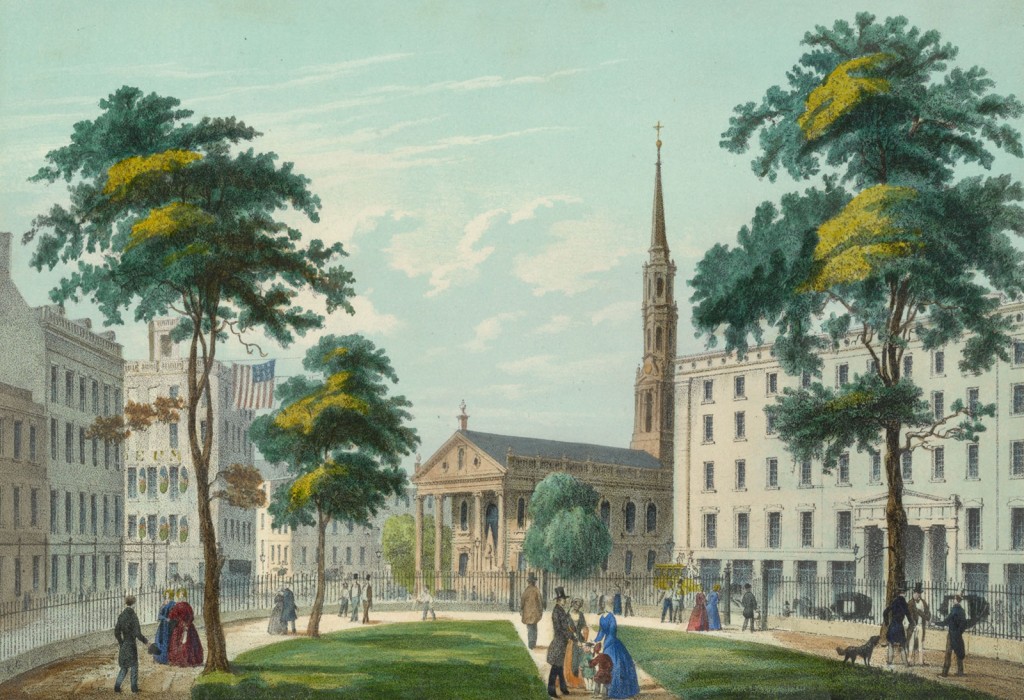 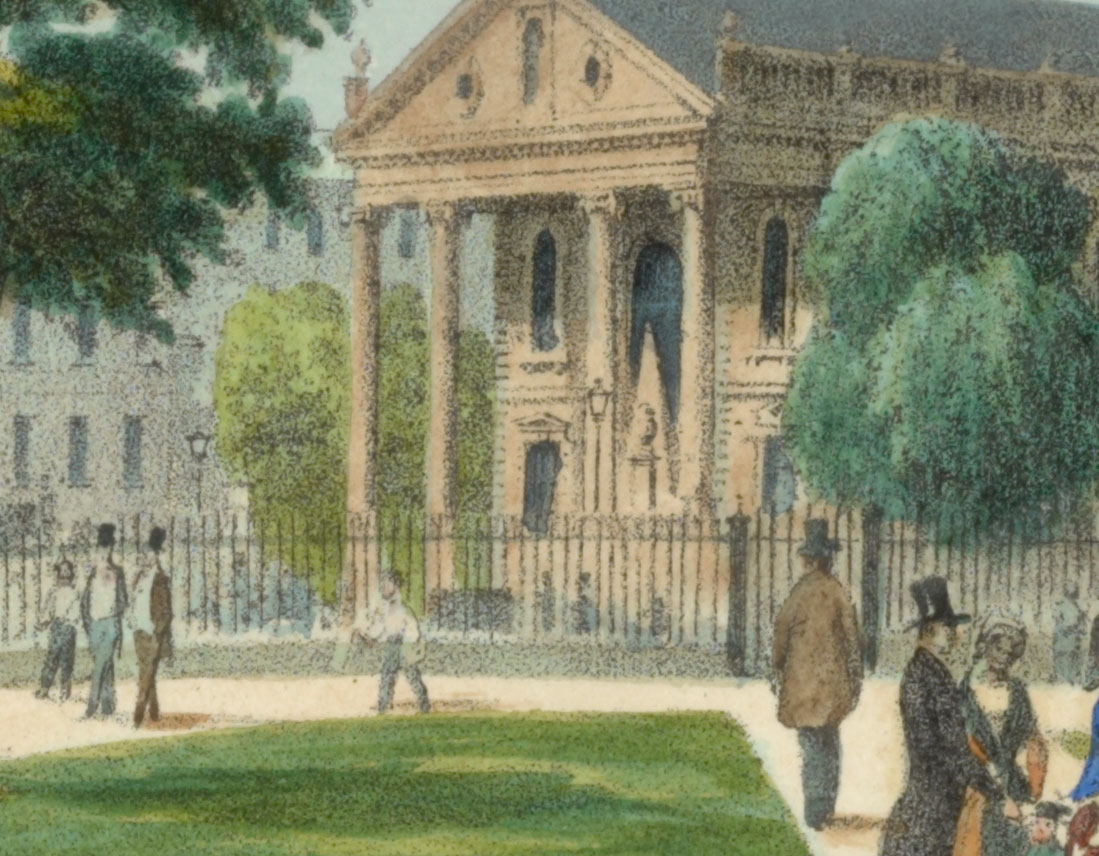 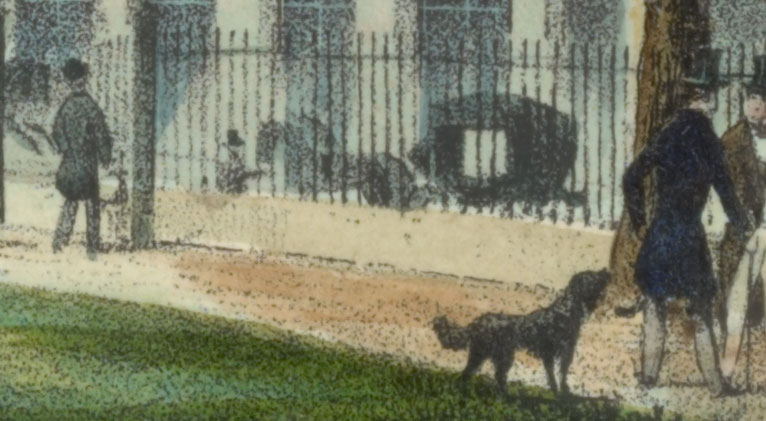