This photograph capturing the street spectacle of Broadway and Ann Street was made by the London Stereoscopic Company’s William England during his travels in North America, where he obtained many views for commercial distribution in Europe. Barnum’s American Museum, the intersection’s most popular destination for international tourists, is the focus of this image. England produced several images of Broadway before moving on to Niagara Falls and other popular attractions. 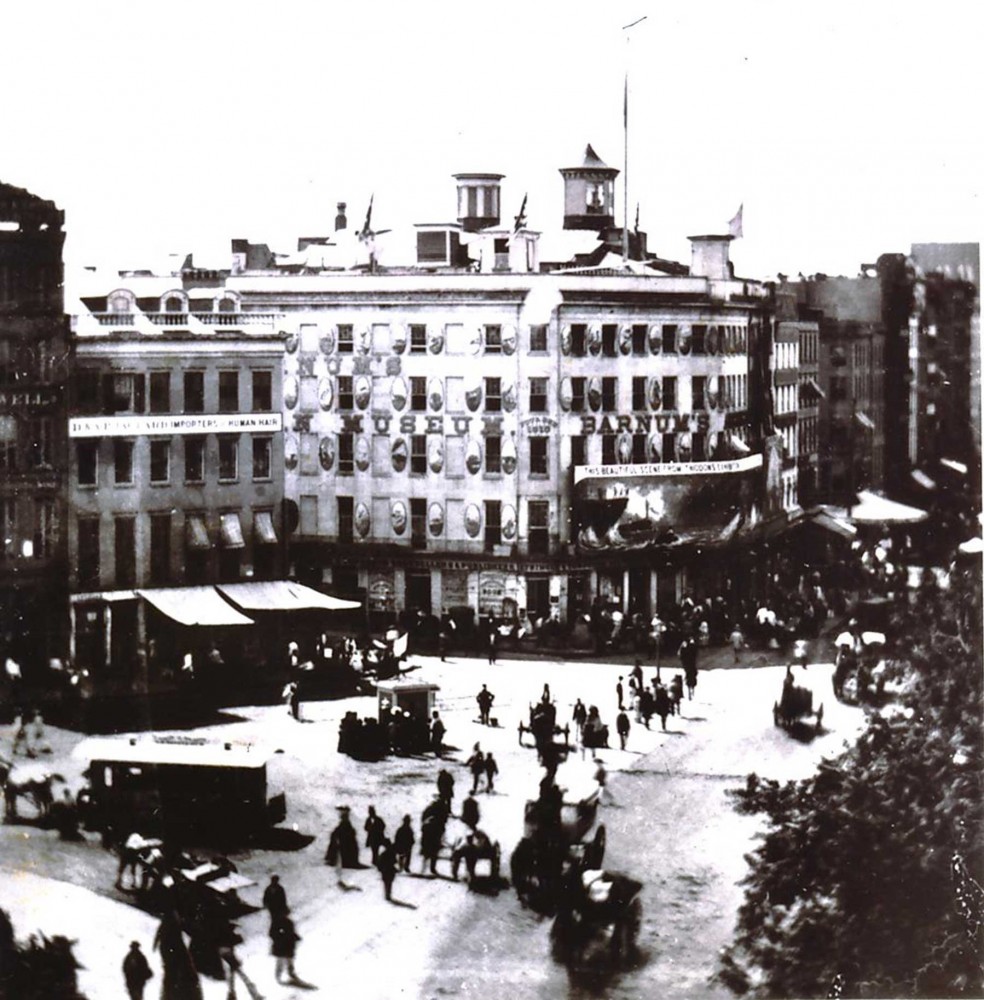